Rolling the Dice for Dungeon Roll 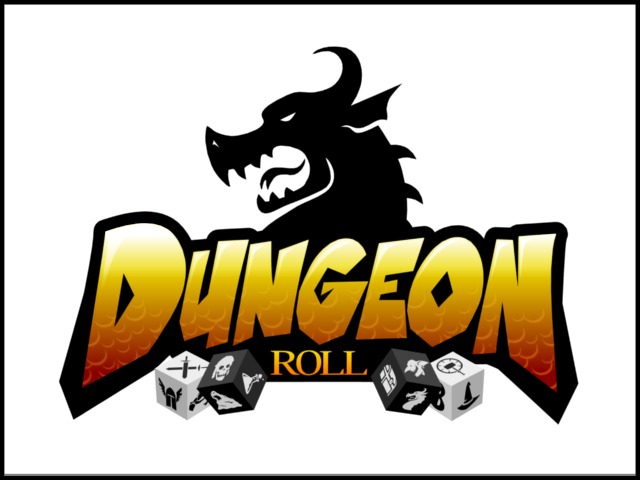 Dungeon Roll is an interesting game with some unique components. In the game, you muster an adventuring party for 3 ‘delves’ into the dungeon. Your party is built from a set number of dice that you roll at the start of your turn. One of the other players then takes control of the monsters. You then start your delve with level 1 of the dungeon and try to see if you can make it through level 10 of the dungeon. For each level, the player controlling the monsters rolls one dice for each level. If you can defeat what is rolled, you can choose to advance or take your winnings and run. In order to defeat monsters and open chests, it requires using up your hero dice in your party so you have a bit of limited resources.

On top of that, each player starts the game as some unique character. It could be a tough as nails viking or a stout and stubborn dwarf. There are a lot to choose from, especially for those of us that originally backed the Kickstarter. This character gives you special abilities that you can use while you are on your delve. Perhaps when the dragon is woke up, you can escape for free or you get to use an extra dice when generating your adventuring party!

The winner of the game is determined by the player with the most experience points at the end of the game. The primary way to earn them is 1 point per level of dungeon defeated. If you fail to complete a level during a delve though, you earn no experience reward for that delve so it’s critical that you complete and are able to score points on each delve. You can also earn points from treasures and defeating dragons. There are little tokens for tracking these and when everyone has completed three delves you count up the totals to determine the winner.

Overall, the game comes down to a bit of risk vs reward with the players having to try to determine how deep they are willing go on each delve. This is especially big on the final delve as players know how much they have to beat to defeat the players that have completed their last delve ahead of them. In my opinion, the first couple of delves can be a bit dull, especially when you aren’t throwing dice as either the active player or the monster player that turn. However, that last turn makes up for it as everyone tries to push it to get that win!

Another bonus to this game is it isn’t expensive for the amount of replay ability that I have gotten out of it. It’s a light, small game that is fairly easy to teach and plays in most cases in about 30 minutes. That means it fits into those time windows when folks might be waiting for another game to get over at a board game day or perhaps are waiting for more guests to arrive.

Finally, while this isn’t the best game I have ever played. In fact, I rate it about a 6 out of 10 on Board Game Geek, it doesn’t break the bank or shelf space to own. It’s very small, and honestly you could pack it in with your Warhammer army for a quick game before the store closes or in between games say at a tournament. It isn’t going to break your bank to own either at about $15 if you can find it for sale. It’s a good value game for what it is. Is it as great as Terra Mystica or Zombicide? No, but it fits a unique kind of niche that means it gets played again and again. I can honestly say I have played this game more then any other game I currently own. That, by itself, makes it one of the favorite games I own.