My Tomb Kings already has the start of having quite a few minor conversions and will at sometime include a huge one.  These are the some of my completed conversion sculpt work.

This is a really simple conversion I did to my Casket of Souls.  I’m not sure that people actually notice at all.  I just chopped up and reposed the birds to resemble the angels on top of the Ark of the Covenant from Indiana Jones. 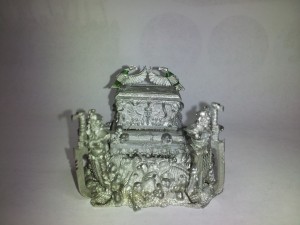 This was my first real sculpting attempt ever and it’s not too bad.  I just added armor to my heavy horsemen.  I only did these six and they were in my previous edition army to be unvailed by the banner of the hidden dead.  I consider adding appropriate armor to all skeletons but that’s an awful lot of effort for the models it would be on. 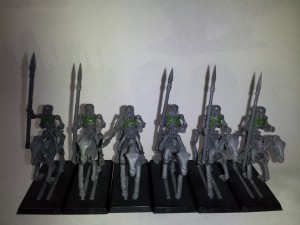 This was my next sculpt, it’s a little more involved and actually took quite a while but I am rather pleased with the result.  I made this unique weapon for this anubi Ushabti.  It was inspired by the weapon used by Imhotep while fighting O’Connell in the Scorpion Kings pyramid. 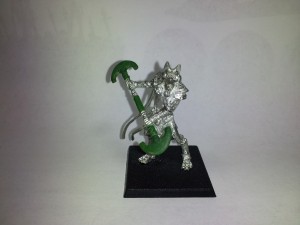 Episode 30: The Lack of Cheesecurds