A lot of people I have spoken too are dead set to keep Warhammer Fantasy Battles alive in some way. I applaud them for the effort as this will be a tough road moving forward. If your one of those people, then this post is for you! 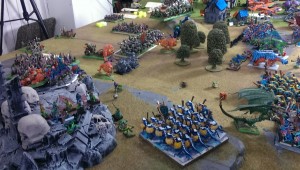 So, what can you do to help talk your fellow players into playing this game still?

So here are some rules ideas I have for changes to 8th that I would like to see fans make/address:

Hey, as always, we would love to hear your feedback on these or any other rules changes you would like to see to 8th edition Warhammer so please send us your thoughts to [email protected].

Now for Something A Little Different