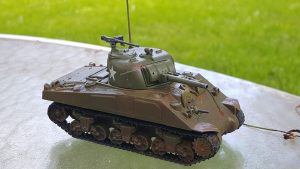 END_OF_DOCUMENT_TOKEN_TO_BE_REPLACED

This episode is more then just Adepticon, but it’s a big topic! Conesy retells the sites he saw and events he participated in at this years Adepticon. There’s a lot of Warlord’s Games Bolt Action coverage in this episode as this is what the hosts have been playing a lot of lately, including a couple of tournaments with some interesting results. The hosts also do a gaming spotlight on the X-Wing tactical miniatures game by Fantasy Flight as well. It’s been a while, so just go listen!